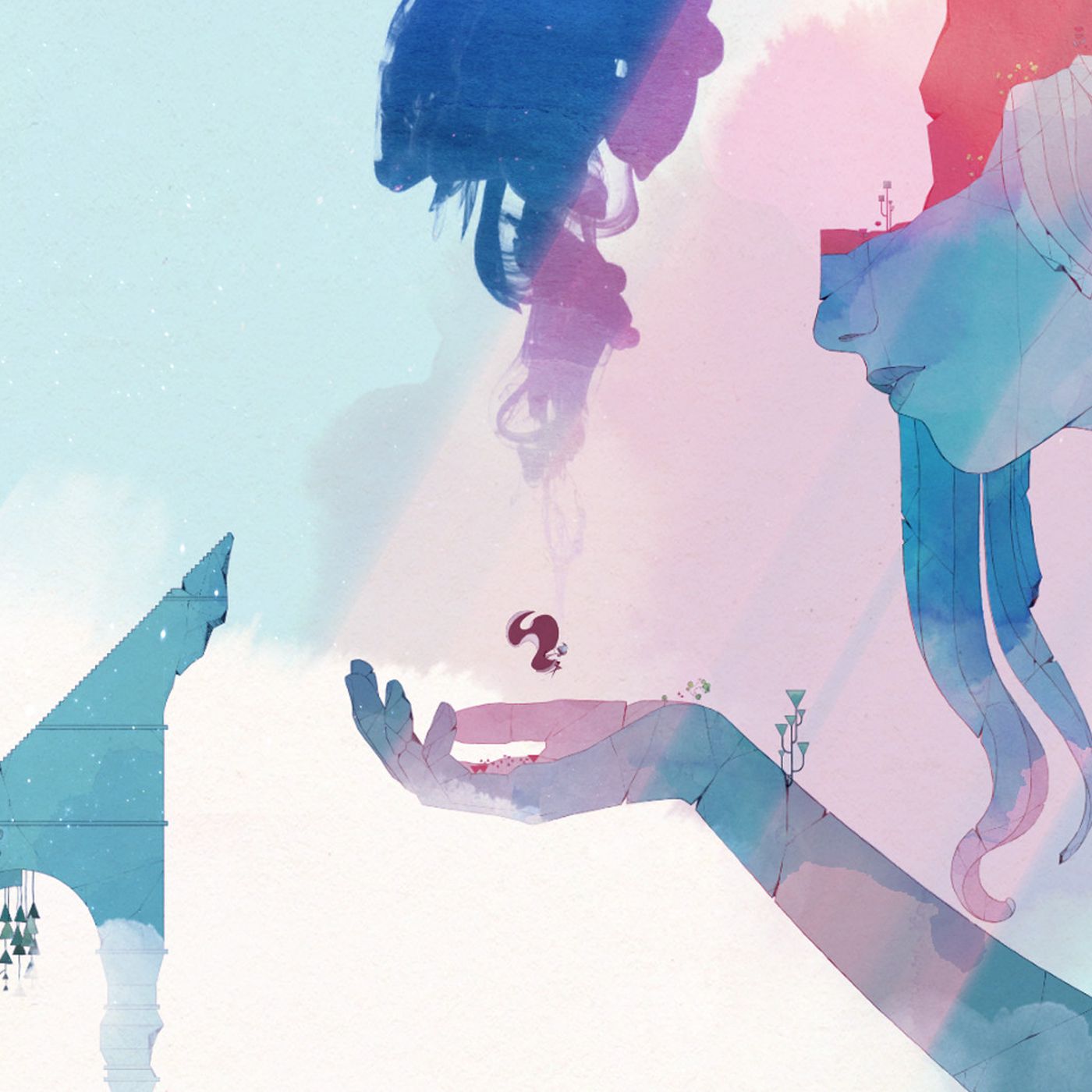 Everything you create will be interpreted, and you’ll interpret all media you consume. This relationship between creator and player is just as potent in games as any other form of media, and it’s true whether or not either side intends it.

Games Speak is about this conversation, helping game creators speak meaningfully to their players, and helping players consciously and critically examine the games they’re playing.

What separates truly memorable, exceptional game experiences from the forgettable ones are the titles that succeed in giving you something to take away from the experience. Something that sticks in your mind, makes you reconsider long-held beliefs, or exposes you to an experience you never could have had in your life, era, social status, or geography. The successful ones do this by threading together the tools at their disposal to extol a coherent, provocative message. Games use three primary methods to convey messages to a player:

It doesn’t matter if you’re playing FIFA, Street Fighter, Mario, or The Sims. If a game doesn’t consider its themes and how it will be experiences, it will fail to impact the player, or worse, convey an entirely unintended, and possibly harmful, message.

Make no mistake - games can still be fun even when their themes are only lightly hinted at or are outright harmful and conflicting. But the games that stick with us as memorable experiences for the rest of our lives do so because they had something they desperately wanted to tell you.

Creators need to be thoughtful about what their games say, and players need to be insightful to hear that message and evaluate it critically. And like any other form of art, these messages are interpreted. While I make a case for specific themes in my writing and videos, it should be taken as a given that different people will take away different lessons, further cause for developers to carefully consider how their art may easily be misinterpreted.

Let’s look at an example – Into The Breach, the 2018 strategy game by Subset Games. This is a game with very little text, most of it is descriptors of mech abilities and explanations of game mechanics. What little story is explicitly conveyed tells of a dying Earth and a team of 3 mech pilots trying to save as much of humanity as possible across endless timelines. There’s no true dialogue in the game , only occasional interjections by your mech pilots, survivors, and the leaders of four corporations that comment on your successes and failures.

If you succeed in routing the giant bugs and destroying their source inside a volcano, your victory is short-lived. It’s time to move onto the next timeline where humanity is still in peril. No matter how many people you save here, endless more remain in danger. Even in failure your work is not done – one of your pilots can always escape to a new timeline in hope of a better outcome the next time around.

In my reading, Into the Breach has one clear and overriding theme. Everyone is worth saving, but you can’t save everyone.

As your three mechs deploy, crashing to the ground, ready to tackle the insect horde, you will see the reactions of the nearby survivors. They’re counting on you. But sooner or later you will be forced to decide – how many will you let die to save your pilots or to complete your larger mission? You must decide for yourself and live with the consequences, both mechanical and emotional.

Everyone is worth saving, but you can’t save everyone.

Perhaps most telling, if you decide your mission is going poorly and you’re tempted to restart, your menu option isn’t “Restart Mission” or “Retry”. It’s “Abandon Timeline”. You don’t get a do-over, you don’t get to fail and pretend your failures didn’t happen – make no mistake that you are abandoning this Earth and every surviving human to death. This is a very intentional textual choice, punctuated by your pilot’s dismay as they jump to a new timeline.

Games have been using minimal text to say a lot since the earliest days of gaming. A classic example is Missile Command’s “Game Over” screen which, contrary to the norm, said simply “The End”, driving home that your failure wasn’t the end of a game, it was the end of everything.

Careful use of text, however minimal, can help deliver a powerful message to the player.

Much like in film, a game’s message can be conveyed by the way it is presented visually and audibly. The aesthetics also do the heavy lifting of conveying tone and giving texture to the literal text of the game. They are also one of the most challenging and subjective components of a game to evaluate and range from user interfaces, to visual FX, audio, camera perspectives, animations, and everything in between.

Let’s look at a few examples.

Civilization-building games like Sid Meier’s Civilization VI put the camera at the continental level. This makes the player feel like a god, directing the course of history and clashing against the other deities of the world while Interface elements evoke global stakes and momentous cultural events, lending weight to themes of small decisions having immense consequences for a nation.

Real-time strategy games like Command & Conquer: Red Alert 3 want you to feel like a general, putting you in control of a large number of troops one skirmish at a time. Bringing in the camera to this scale brings the human cost and scale of war into sharper focus. The weight of your decisions feels different when you can see the individual soldiers dying on the field. Games in this genre tend to evoke militaristic stylings, emphasizing themes of loyalty, sacrifice, and unity in the face of overwhelming odds.

Games within the genre that bring the camera even closer, like Relic Entertainment’s Dawn of War series, aim to make specific characters the focus. These games tend to give your soldiers individual names, personalities, and even cinematics. These games emphasize themes of individual abilities and the strength of an individual’s will to overcome much larger forces.

In each case something as simple as the camera perspective and interface style choices say a lot about the themes the games are trying to convey.

It’s important to keep in mind that the same visuals and audio can mean very different things to different cultural groups. This can be as simple as white symbolizing holiness in Western cultures but death in many East Asian cultures. A more complicated example comes from The Division by Ubisoft where the player, part of a post-apocalyptic police force, maintain order by killing lawless “thugs” wearing hoodies.

As a white, west-coast Canadian game developer, I wouldn’t have picked up on the problematic aesthetics, but to many people, especially in the current political climate, this clearly reads as cops killing African-Americans on the street simply for existing and wearing a hoodie. This hits too close to home for too many people.

It’s a cautionary tale on the importance of having your game user tested by a diverse audience and in recognizing that people with different backgrounds may experience the identical game very differently from you.

Games possess a unique tool for building their themes – mechanics. Every button press, every input the player makes can result in one or more reactions from the game’s systems. This is how players exert their agency over the game , in other words how they feed their choices into the game. While endless pages and YouTube analyses have been written on the importance of ‘good’ gameplay, it’s equally important for games to know what their mechanics mean. The choices developers make about what forms of agency to allow and when to disallow control are especially telling.

An excellent example by 11-bit Studios, This War of Mine, created in partnership with War Child, is a masterclass in using mechanics to force you to wrestle with difficult decisions with no “right” answer. With a civil war raging around your small group of civilian survivors, you will be visited by two young children desperate for some of your meager supplies to help their sick mother.

Unsure if they are truthful, desperate, or both, you might give them your last bottle of medicine. But that night thieves wound one of your survivors. With no medical supplies you might risk your own raid on another survivor’s camp, but are spotted by the survivors there.

Do you run and hope your friend will survive the night? Do you pull out your makeshift weapon and take the medicine by force? In my most recent session one of my survivors attempted to sneak into a nearby military base for supplies and was gunned down after a desperate and failed attempt to silence a guard. The other two survivors, both of whom were previously injured, succumbed to their injuries and hopelessness.

No matter what you choose This War of Mine never lets you forget the consequences of your choices. If forced to steal and kill to survive, or to watch their friends starve and die, your decisions will take a mental toll on the survivors. You objective isn’t just to stay alive, it’s to want to keep living.

Another sterling example of mechanics delivering the message of a game is the 2018 city-building survival game Frostpunk, also by 11 bit studios. In this alternate history the world is overtaken by a 19th-century ice age, leaving the few human survivors huddled around a giant furnace, the sole source of warmth. You’ll be forced to make hard decisions to keep the fires of both warmth and civilization burning. One of the first choices you’ll make is, given far more work than there are hands to perform, should the children of your small camp help in gathering the wood and coal that keep everyone alive?

With their help perhaps your engineers could improve the furnace, or scouts could search the wasteland for other survivors instead of shoveling coal. Without their help the fires may grow dimmer, the sick will get sicker, and desperation will spread quickly as temperatures drop.

The choices only get harder, and you’ll soon find yourself considering fascist propaganda, turning away asylum seekers you can’t afford to feed, let alone house, and frequent 24-hour shifts in the mines, all in the name of survival.

These two games share a strong theme: Survival at the cost of humanity is not survival.

Some games will pop up a “Goodness +1” alert upon doing “the right thing”, a well-known convention from Bioware titles like Knights of the Old Republic and Mass Effect. My greatest criticism of Frostpunk is that, upon surviving the final cold snap of the initial story, you’re explicitly told whether or not you “crossed the line”. This is a good example of when the text of a game can interfere with the message the mechanics were already effectively conveying.

These are just a few examples of games that effectively use their text, aesthetic, and mechanics to say something. But it’s easy to watch a movie, read a book, or play a game and not engage with its themes. And as a developer it’s easy to just focus on ‘fun’ and assume you have nothing to offer your players.

But the games you make and the games you play have something to say, and you always benefit by listening critically to what your entertainment is telling you. If you’re a developer, let your games say something personal and meaningful about you, and if you’re a player, be open to what your favourite games are telling you. Don’t just listen to the story, look at the graphics, listen to the music, and beat the game. Pay attention to what this experience is telling you.